Norfolk, VA — Charlie Smith, Dante Valve’s General Manager of East Coast Operations, was honored to participate in a recent U.S. Navy Distinguished Visitor Embark (DVE) flight excursion to an aircraft carrier off the coast of Virginia. In early July, he flew on a C2 Greyhound from Naval Base Norfolk to the USS Eisenhower (CV-69), about 135 miles offshore.

For Smith, whose father was in the Air Force, it was another reminder of how hard our service men and women work and how dedicated they are to their jobs. Of course, he also loved the thrills of the “arrested landing” on the carrier and the rush of the “catapult launch” for the trip back to shore.

Prior to the trip, Smith had heard a little about what to expect but, even then, it made an impact. “The arrested landing was actually more gradual than I expected, but the steam-powered catapult launch was phenomenal,” he raved. “We had extra passengers on board so they really had to ‘dial up the steam’ – as they call it – before takeoff. There was this incredible moment of split-second acceleration that created a pull like I’ve never felt before.”

After landing on the carrier, Smith and his fellow passengers went out on the flight line and watched the crew running “CQs” – carrier qualifications for the pilots’ training. “We were also able to go up to the bridge, meet the officers, watch as the crew loaded missiles, and even see some Dante Valve products in action,” he said.

Smith was extremely impressed by the pride and ownership displayed by the sailors and pilots. “They’re so dedicated, working long hours with no downtime, well into the night. I was in awe of how hard they worked, but also how much they truly loved their jobs. They really feel happy and at peace at sea,” he noted. “It was an honor just to be with them and watch them in action.” 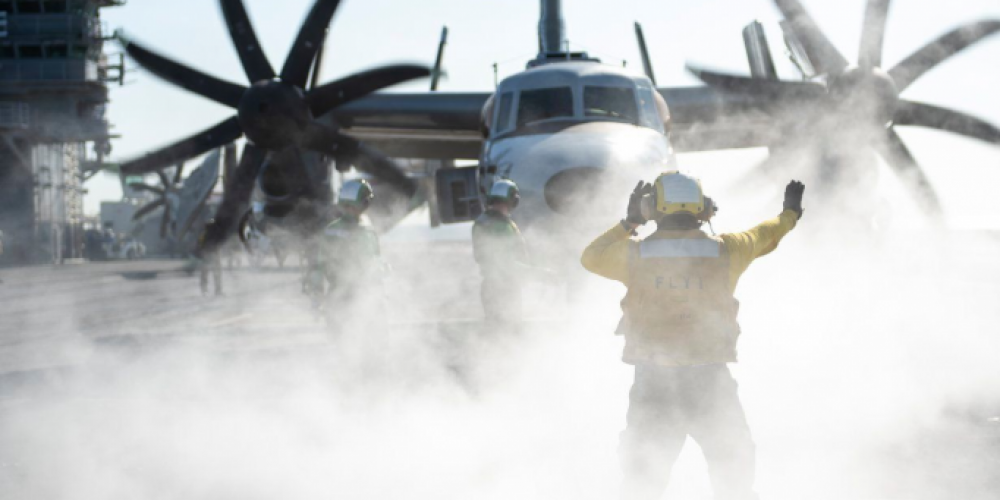